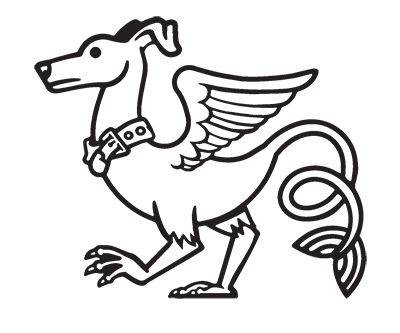 Thhink is my freelance business with a focus on motion graphics and creative non-fiction. Click here for more information about thhink creative services. I regularly work with other designers, artists, developers, writers and editors to bring projects to life. Some of my favourite creatives to work with are: App Developer Peter Hunt, Artist/Inventor/Technologist Mic Black, WordPress Designer Michael McMahon, Musician Brett Campbell and Writer/Editor Jodi Hamlyn-Harris.

My short fiction and comics can be seen in anthologies and literary journals including: Meet Me In The Pit (Blueprint Comics), After The Pause, Text Journal (30) and Inkbrick (9) (right).

Lightning Strike in Slow Motion, is due for release in ACE: Arresting, Contemporary stories from Emerging writers (Edited by Julia Prendergast) in late 2020.

You can also find my work on Medium.

PirateCru wine makers commissioned me to do a series of  labels which are available at specialty bottle shops in Australia (left).

I grew up in the suburbs of Brisbane; drawing, daydreaming and melting plastic animals together to form hybrid monsters. I studied Fine Art at RMIT in Melbourne where I did much of the same. In 1997, my partner and I took jobs teaching English in China. We had no experience or training, but we had degrees and were Australian and that is all that seemed to be important. Without resources or any kind of curriculum we had to start from scratch – oh, and there was no internet. We wrote stories and scripts, invented games and activities and somehow fudged together a year of lesson plans. The experience was incredibly challenging, immeasurably rewarding and set me on the path that I have followed since.

We returned to Australia and I kept writing/illustrating and studied Multimedia (QUT). I eventually landed a job as a graphic designer and illustrator for a music publisher/distributor. After that, I worked for a range of publishers in a variety of roles including: designer, illustrator, art director, product developer and animator.

I returned to post-graduate study in 2016 and in 2021 I was awarded a Doctorate of Creative Arts by the University of the Sunshine Coast.

I pay my respect to the Jinibara—the past, present and future custodians of the hinterland region on which much of my work is inspired and created.